Well that was a wet one. The rain fell without break from the moment I alighted at Peterborough bus station, until our belated delivery of cider to the Red Lion back home in Middleton several hours later. As the waters rose, and the slightly bored food vendors sank into the mud, our merry band clung tenaciously to the Cider & Perry Bar (enter festival, first on the right).

It's rare indeed to find a festival so well stocked with decent Perrys that the Ciders don't even get a look in. I'm pretty fussy in my drinking, and if there's not enough tubs of genuinely Dry or Medium/Dry on offer, I'll resort to the worthy-but-dull offerings of the Malt'n'Hop variety. No such problems here. By my (slightly addled) reckoning, I tried 8 different Perrys, none of which were too sweet, along with a few sips begged from other peoples glasses along the way. Worthy of mention were a Moorcroft from Malvern Magic, Greggs Pitt Aylton Red & Blakeney Blend, and the Ross-on-Wye Cider & Perry Co, all from Herefordshire. But the pick of the bunch for me was a properly dry Springherne Perry, also from Ross-on-Wye, and the surprise winner was New Forest Perry, from well outside the traditional Perry making area, in deepest Hampshire. Juicy, well balanced, some tannin and a little Rum if my senses don't deceive me.

Here's a few pics from the festival: 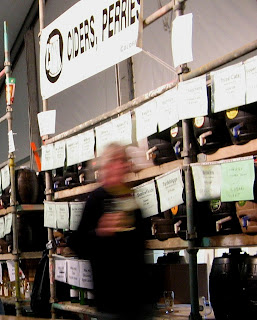 Bar staff were friendly and efficient, moving far too fast to catch on camera 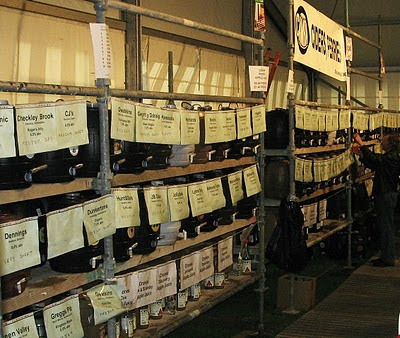 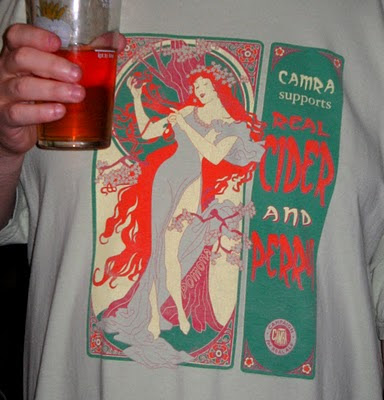 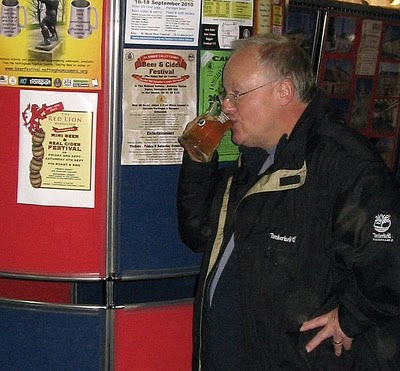 Freeth also tried to buy the guide dog's silence with a half eaten sausage roll...

Awesome site, I had not come across rockinghamforestcider.blogspot.com previously during my searches!
Keep up the good work!