The Bath & West Show in Somerset is undoubtedly the regional show to go to for cider interest. Practically the whole of the West Country cider industry decamp to Shepton Mallet for the duration of the show, as well as a fair few of us grockles with more than a passing interest in cider. The cider competition is a particular highlight, as are the numerous talks, tastings, and displays, all backed up by a well stocked cider bar and numerous producers stalls.

I haven't been to the Bath & West for a few years now, so it's been with a mixture of interest and frustration that I've read the numerous online bulletins from the show this year. It's during events like these that Twitter really comes into its own, as numerous cider folk document in minute detail every aspect of the show I've been missing...in real time, Bah!

My envy was tempered slightly by the knowledge that I had tickets for the second best show for cider, and probably the best for perry, at the Three Counties Show at Malvern. The cider and perry section may not be quite the size of the Bath & West, but the cream of local cider and perry producers can be found here, conveniently located in the cavernous foodie environs of the Severn Hall. There's a well respected cider and perry competition, plus tastings and talks are run throughout the weekend, but it's the numerous stalls run by cider and perry makers which are the stars of the show for me.

We met up with Torkard Cider man, Ray Blockley at the show, and proceeded to sample our way around this years stalls which included Barbourne, Olivers, Newtons, Old Grove, Out of the Orchard, Severn Cider, Once Upon a Tree, Gwatkin, Ralphs, McCrindles, as well as a range of Three Counties ciders and perries on the Orchard, Hive & Vine stall. It was a cider and perry festival by any other name.

During a tasting session, I asked Peter Mitchell of the Hartpury Orchard Centre whether a perry tasting could be run next year. Apparently this is already catered for at the Malvern Autumn Show, so there's another date for my diary. 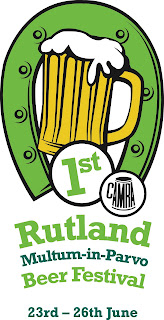 The first Rutland CAMRA Beer Festival is a little over a week away now (23rd - 26th June). I was given a sneak preview of the beer and cider list on Friday by a local CAMRA member at the Red Lion, and was hoping to break this exciting news exclusively, right here on this blog. It now appears that just about everyone and his dog has also had a sneak preview of the list, reducing the exclusivity somewhat... Still, some nice looking ciders and perries on offer, plus beer of course, but we don't concern ourselves with that here:

﻿﻿﻿﻿﻿﻿﻿﻿Some memorable moments from one of the biggest weekends in the Welland Valley year:

After a hard weekend at the Welland Valley Beer Festival, what better way to wind down ahead of the return to work than tea, cake and a Gun Dog demonstration at the Wing Village Fete at Wing Hall in Rutland. Mind you, if by any chance you haven't had your fill of ale and cider, there's ale and cider available too, local cider at that. Rockingham Forest Red Kite, Welland Valley Festival Special, and Green Horse Perry to be precise. 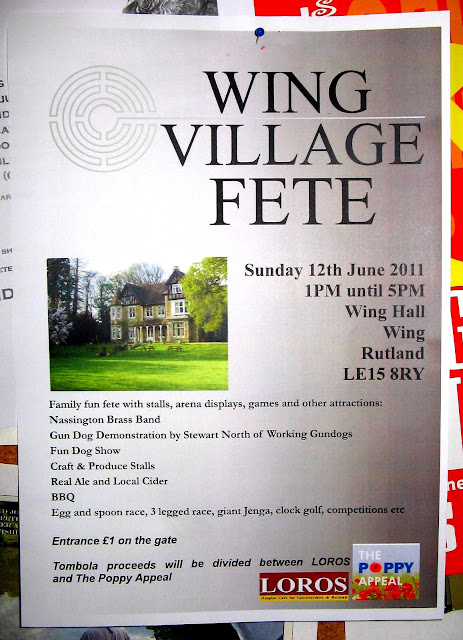 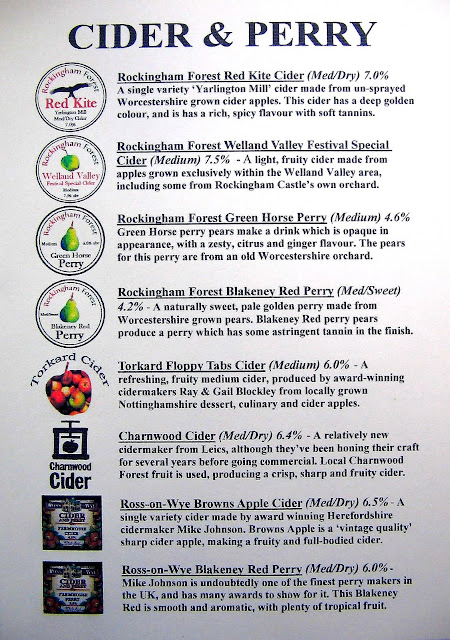 A busy day in the ciderhouse today. Barrels and boxes have now been filled ready for the next round of festivals and local deliveries. Barely a drop passed my lips... honest! 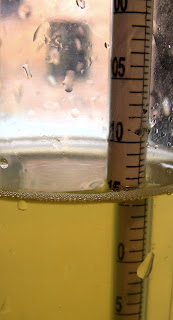 First up is a delivery to our friends at the Criterion Freehouse in Leicester, with a box of our new season Green Horse Perry. Like our other perries, this has finished with quite a high gravity of 1.014, giving a rich medium perry of 4.6% abv. Green Horse perry pears make a naturally opaque perry, with a pleasant citrusy sharpness, and just a hint of Ginger to my taste buds.
The cider and perry list for our village local the Red Lion has now been firmed up ready for this weekends Welland Valley Beer Festival: 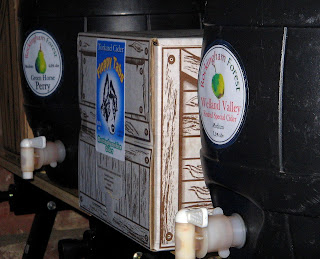 This seasons Welland Valley Festival Special has emerged with a bit of soft tannin from the Russets we pressed, and a lovely orchard-fruits aroma. This cider will also be crossing the border to Rutland for the inaugural Rutland CAMRA Beer Festival later in the month, along with the very last barrel of this seasons Blakeney Red Perry.
Posted by Mark at 12:26 No comments:

Orchardists of a nervous disposition, look away now....

This gruesome catalogue of orchard pests and diseases were found during a single morning inspection earlier this week. There could be much more to find, I haven't managed to inspect every tree yet! We've now got over 30 apple trees planted around the garden, varying in age from 2-5 years old. Some of the older trees have put on a good bit of growth since planting, so keeping on top of potential problems like the ones shown here has become more of a task. The good news is that many of the more common pests such as Aphid seem to be much less prevalent on the more mature trees, so I'm hoping we may see less of this kind of thing in the future.