OK everyone, sing along now: "It's the most... wonderful time... of the year"... Yeeeees, it's a happy time. A festive time. A snow-flecked, bunting bedecked, bawdy, boozy, jolly-big-day-out time. It's very nearly time for this years annual beer, cider, and curry 'Wassail' at the fabulous Leicester CAMRA Beer Festival. In Leicester. Did I mention it's going to be fabulous? The extra-absorbent party hats are on order, and everyone has promised to put their festive red noses on for the duration of what promises to be the city's biggest and very best festival. Of beer and Cider. And Curry. 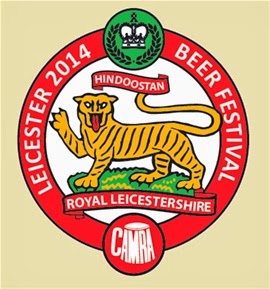 Now, tradition means a lot to us here at Rockingham Forest Cider, never more so than with the annual jamboree that is the Leicester CAMRA Beer Festival. For example, it's a much loved tradition round these parts to take cider bar manageress Susan firmly by the hands, and firmly insert those delicate pinkies into the ancient relic that is the Leicester CAMRA 'Watneys Red Barrel Thumbscrew', the most devious and frankly disgusting torture device known to womankind. This way we aim to extract precious and hitherto safely guarded knowledge regarding the cider and perry order for this years festival. Whereupon we splash it all over this blog.

Sometimes it works. Sometimes she cracks under the intense cuticular pressure. Sometimes it doesn't, but the look of unbridled joy on her otherwise terribly distressed face at the thought that someone has taken the trouble to ask! Well, that's worth a thousand blood-curdling screams in the night.

This year I think it's fair to say that it hasn't worked. She's clammed-up on us like a captured Mollusc of la Résistance. She ain't squeekin'. What can we do? Perhaps pressure of a different kind needs to be applied...

2014 looks to be 'set fair' for us here at Rockingham Forest Cider. Bumper crops and full-to-brim tubs were the theme of this seasons cider and perry making. So now seems as good a time as ever to take stock of what we've achieved so far, a kind of show-and-tell in the virtual ciderhouse. So come with me through the pear-shaped window, for a tale of bumper crops, broken branches, and more Wasps than you can flail an arm at, in the first part of this years Ciderhouse News Round-up. Mostly via the medium of pretty pictures: 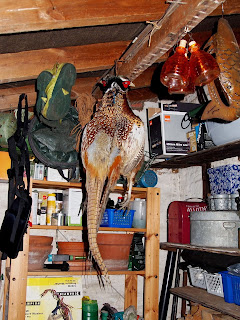 We love games here at Rockingham Forest Cider. Traditional pub games in particular, but we're not fussy and will have a go at just about any game given the chance. This week our game of choice has been Pheasant and Partridge. Because it's the game season. And we're nothing if not game for a bit of seasonal game, particularly when it comes in a lovely crusty-topped pie. With gravy. Yum!

There's game a-plenty at this time of year. Shooting & Beating friends often have more than they need, and far be it for us to look a gift cock, or indeed hen in the mouth. Besides, it's a tasty treat in the right hands, and all that messy plucking and drawing malarkey gives me a rare chance to pretend I'm a proper country type, rather than the soft townie chump I really am...

So... Here's our tasty Mixed Feathered Game, Leek, Cider & Apple Pie creation for you to bake along with should you wish: 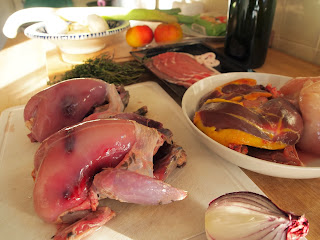 This made a generous pie for two which could probably stretch to four at a push. I used the Breast & Leg Meat from a Pheasant and a Partridge, plus half a Free Range Chicken Breast and a couple of rashers of Bacon. These all need chopping into chunks, which represents a great opportunity to look for any potentially tooth-bothering 'shot' in the game birds and also remove any particularly shot-up meat. 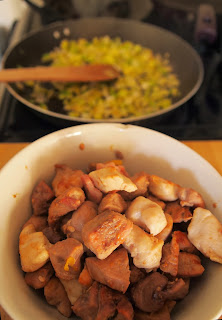 Fry the meat in a good knob of Butter until lightly browned, then remove from the pan. Add a little more butter or oil and saute a finely chopped Leek until tender. Return the meat to the pan and sprinkle with a good tablespoon of Plain Flour. Stir until the flour has been cooked out a little then gradually add half a pint of good Dry Rockingham Forest Cider (or similar), stirring to create a thick sauce. Add a similar quantity of Chicken Stock to thin things down a bit.

You'll now want to season the bejesus out of it, with plenty of good old fashioned White Pepper in particular. Add a bunch of Thyme, Bay Leaf, a teaspoon of Wholegrain Mustard, and probably a bit more of that lovely white pepper. Trust me!

Cover and simmer for 20-30 minutes until all the game is reasonably tender. If the sauce is too thin, remove the lid and allow to reduce and thicken. In the last couple of minutes cooking, add a peeled, cored and chopped Apple to the pan. I used a medium sized Blenheim Orange, one of the last wizened fruit that didn't make it into the cider, but a couple of Cox's would work well too. You may like to finish with a little Double Cream, but this isn't essential. When allowed to cool a little, your mix is now ready to pie-up however you wish. 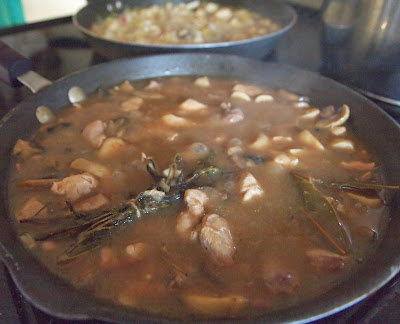 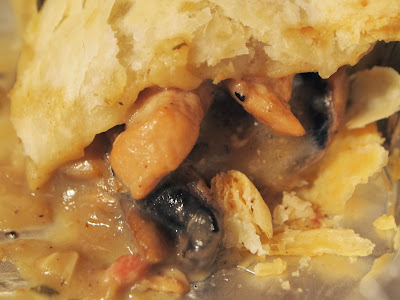 * Please note: Images are for guideance only. Other pies were made and photographed during the making of this blog post. Including one with mushrooms. Like the one above.
Posted by Mark at 03:04 2 comments: