Breaking News: The Leicester branch of the Campaign for Real Ale have issued a 'Severe Pleasure Warning', with heavy Beer, Cider, and Curry conditions expected in the Leicester city area from Wednesday 12th March.

Drinkers are being advised to '...not stay at home unless absolutely neccessary', to '...go with the flow at all times', and above all 'wear something waterproof, ideally Turmeric yellow to avoid risk of catastrophic staining'.

More news when we have it. In the mean time, here is the latest advice from Beer Festival Organisers on the ground, standing, and sitting comfortably in pubs: 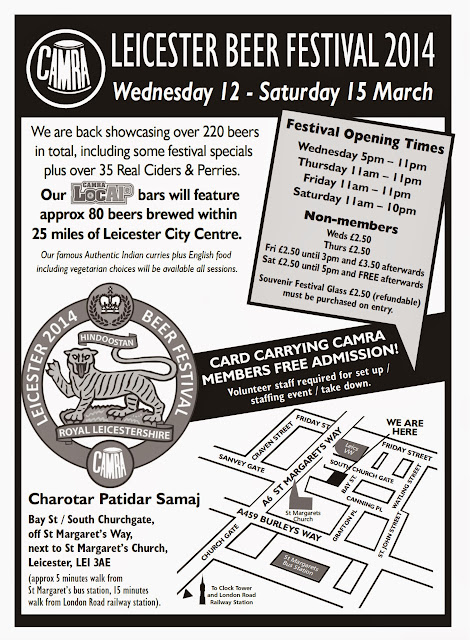 It's been a while I know. Several months in fact. Practically a lifetime in online media terms. It's been a long,
long time since my last blog-session. An almost total cider-news blackout at a time when cider is 'all' the news. Unforgivable! Inexcusable!

Actually, I do have an excuse, quite a good one actually. It's the weather you see. The terrible, unpredictable, thoroughly, predictably rubbish English weather. And the insects, those pesky insects. And the whole upsy-downsy nature of a seasonal pastime like cidermaking. Cidermaking you see is a game of good, bad, and indifferent vintages, and the fact is, the 2012/13 season was little short of a disaster for us and many small-scale cidermakers like us. Cold weather led to sleepy insects. Dozy bees gave poor pollination. Blossom withered, fruit didn't set, and we finished with a cider apple and perry pear crop as poor as we've ever experienced. This resulted in very little cider being made for the 2013 season, and barely enough perry to service our own gluttonous needs. Put simply, without the bubbling wellspring of cidery inspiration, without our fruity muse, what in all honesty was there to write about? What indeed...

Well, I suppose I could have cobbled a few lines together. A bottle bought here, a festival visited there, a recipe, a pub, a year of orchard work and cider news... Hmm! Now I mention it!

Maybe I was just burnt-out. Maybe I needed a year off from the constant grind of apple & pear, cider & perry, piffle & pun. Maybe I was just bored of the whole ubiquity of cider in 2013, where everyone and his dog seemed to jump on the chugging cidery bandwagon. Had the thrill finally fizzled out and gone? Had the rare and exciting treat of making and drinking real cider and perry become simply the latest over-supplied fad.

In truth, it was all these things. A perfect storm of empty fermenting vessels at home, and a market suddenly flooded with cheap pseudo-cider and fruity alcopops masquerading as the real thing. In what was a very busy year in other ways, cider and cidermaking just wasn't the most important thing for us here at Rockingham Forest Cider. Our perspective had been altered, our expectations re-calibrated in a downward direction. But was it enough to make us throw in the towel?

The 2013 Autumn harvest has been widely regarded as one of the best for many years. Quality seems to be good, with crops of cider and perry fruit big and bountiful, if a little later than usual. So the ciderhouse has lain empty for too long. It's time to get back on the cidermaking horse. We're back in the game, and just as enthusiastic about the product as ever. In the spirit of rebirth, it's time to dust off the HTML, polish the spell checker, and re-boot the Rockingham Forest Cider blog. Yay! 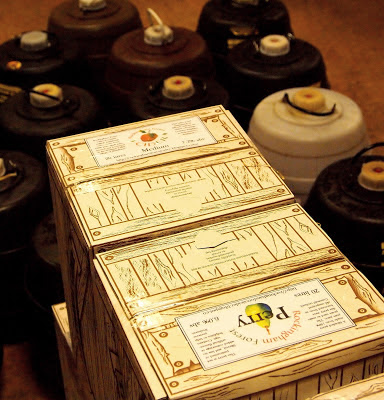 The 2013 Leicester CAMRA Beer Festival is only a couple of weeks away now, sporting a highly topical Richard III theme, and more ale, cider & perry than you can shake a chainmail gauntlet at. In time honoured  fashion, the cider and perry list has been released well ahead of the beer and curry menus, all the better to plan your day and not miss your favourite fruit-based tipple.

This list represents the current order, but may be liable to change following delivery nearer the date. All typos are the intellectual property of cider bar manageress Susan, I've just underlined a few things. 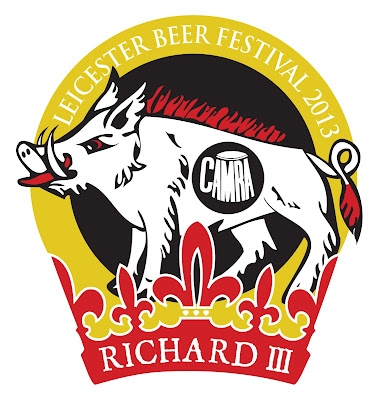 For advance warning and information on the 2013 CAMRA Beer/Cider/Curry mash-up in Leicester, follow this link: Festival Webpage. We considered blending up a dubious festival special in honour of the (possible) discovery of King Richard III in the city. Something like.... hmm... oh, I don't know.... maybe... erm, Rockingham Forest Triple Dick Delight!...

...but decided not to. As it is, we'll be sending some vintage Red Kite, and possibly/maybe a Perry. More details as they drip out.
Posted by Mark at 14:46 No comments: 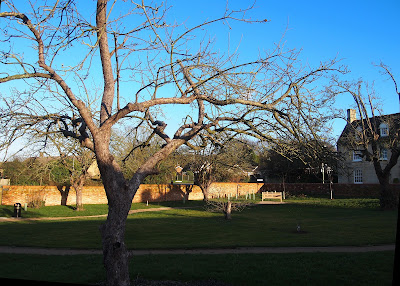 The Middleton Village Orchard Project is now in the final stages of the renovation which began way back at the beginning of 2012. The main entrance of Main Street is open, and the orchard has now effectively been given back to the community to enjoy.

A path circumnavigates the grassy interior, with several benches provided for quiet contemplation. The mature trees have all been heavily pruned back after many years of neglect, and it will be interesting to see how they now perform when blossom time arrives in the Spring. In addition there are new plantings of native broad leaf trees, assorted shrubs, and a few additional fruit trees. A James Grieve dual-purpose apple has been sited against the back fence, presumably ready to train as an Espalier. There are also individual specimens of the cooking apple Grenadier, early season dessert apple Discovery, and both Concorde and Doyene Du Comice pear.

What was once a wild and neglected village eyesore has been transformed into a very usable, attractive, and much more accessible space as a result of the work that has been done. I'd have to say that right now it all looks just a little too tidy for my taste, but I'm confident that this will change as the orchard develops, and the new plantings have had the chance to establish themselves and mature over the coming years. 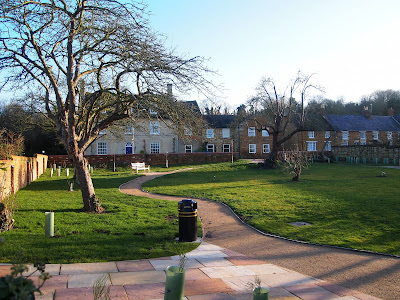 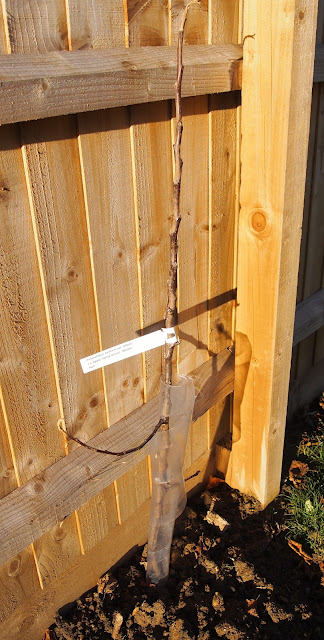 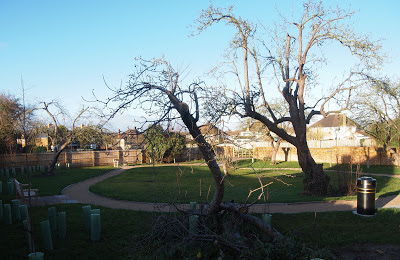