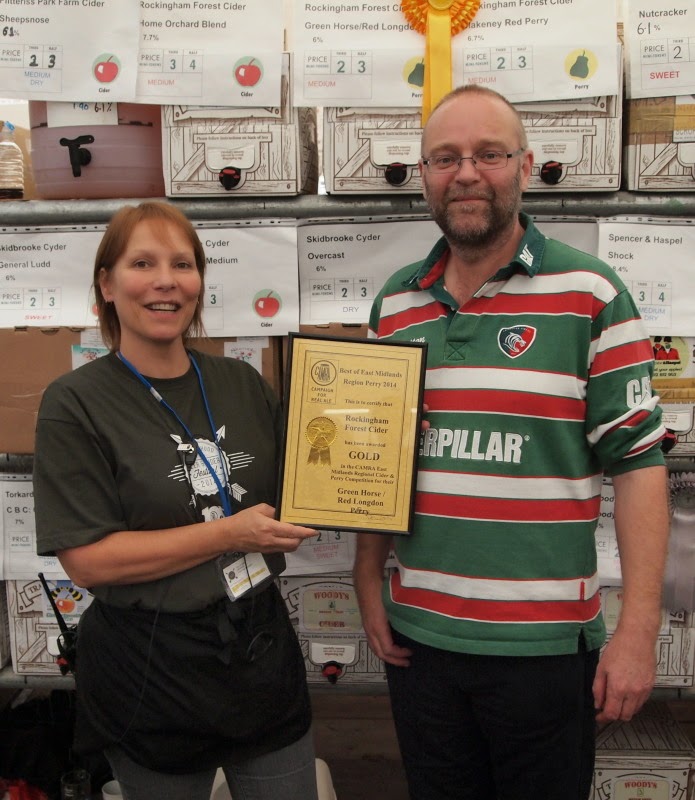 Here's a short round-up of what's been happening at Rockingham Forest Cider recently. As you'll notice from the pic above, we have a new certificate for the ciderhouse wall, having gone one better than our previous Silver effort in 2011 and won Gold for a Green Horse/Red Longdon Perry in the East Midlands Cider & Perry Competition. Competition organiser Denise Wright can be seen taking the full weight of the certificate, whilst I stand idly by in front of the impressive East Midlands wall of cider at Nottingham CAMRA Beer & Cider Festival. A great day out, c/o of all the hard working volunteers, but particularly Ray Blockley of Torkard Cider who put together this years impressive collection of nearly 300 ciders and perries from throughout England and Wales. In the spirit of friendly competition I'm encouraging Susan to go one better and present 301 ciders and perries at the Leicester Beer Festival next year. 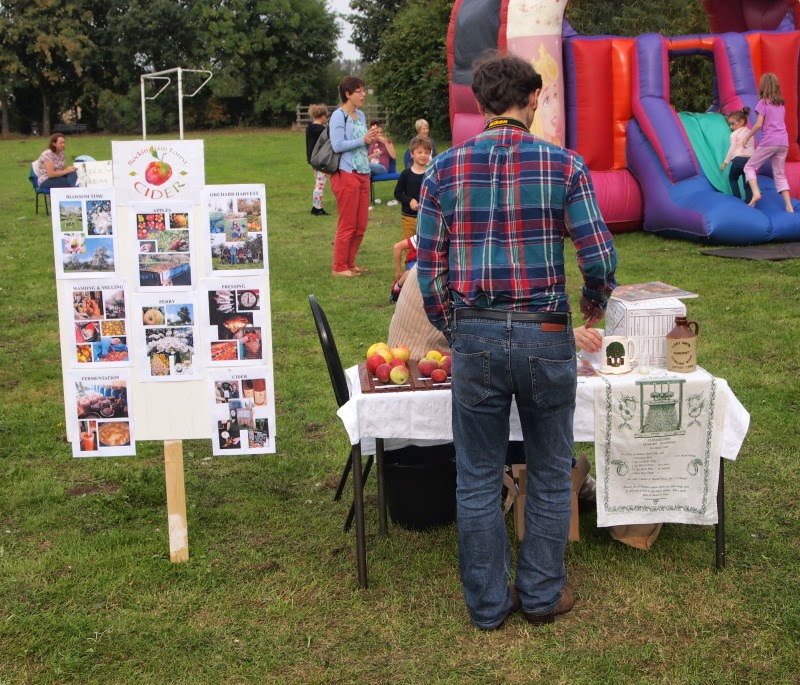 The innaugral Cottingham Village Apple Day was held at the end of September, organised by Green Horizons a Cottingham based project for families with children who are on the autistic spectrum. In addition to having Red Kite Cider on the pop-up bar we gave samples of a Vilberie Cider to a steady stream of thirsty cider fans on what turned out to be a proper Summer's day. A really great event, and very well supported by villagers and visitors. 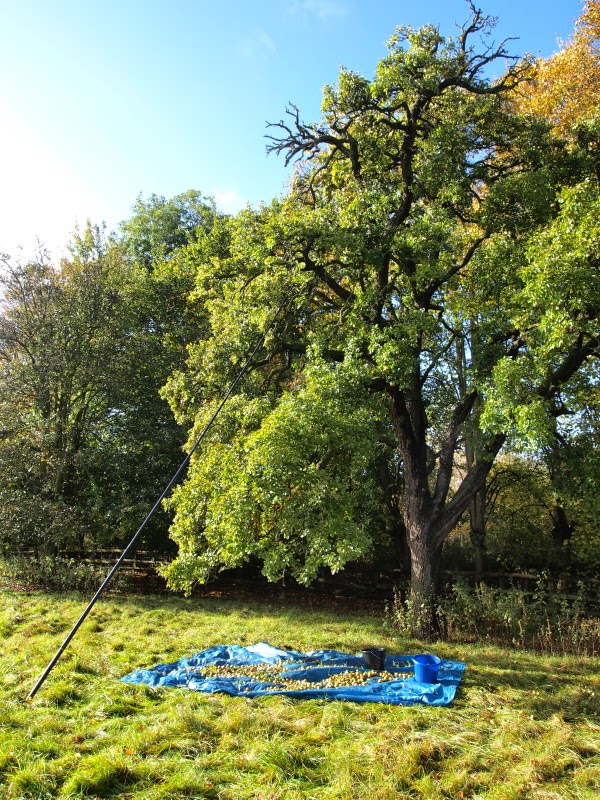 Perry making is in full swing, which in the case of the 2014 season is quite a small childs swing with a sensible safety bar. No Green Horse or Malvern Hills this year, but some Blakeney Red, and a similar quantity of mixed pears which will hopefully make something tasty for next year. Needless to say this means there will be no repeat of our award-winning perry, and no Green Horse, which is particularly sad as this is my favourite perry of all. Sniffle!

The Blakeney Red has come out at a modest 1.049 this year, the mixed batch a more respectable 1.055. Fermentation is progressing at a nice even pace, and every day we pray for sub-zero temperatures in a bid to slow things right down and therefore retain some residual sweetness in the perries. 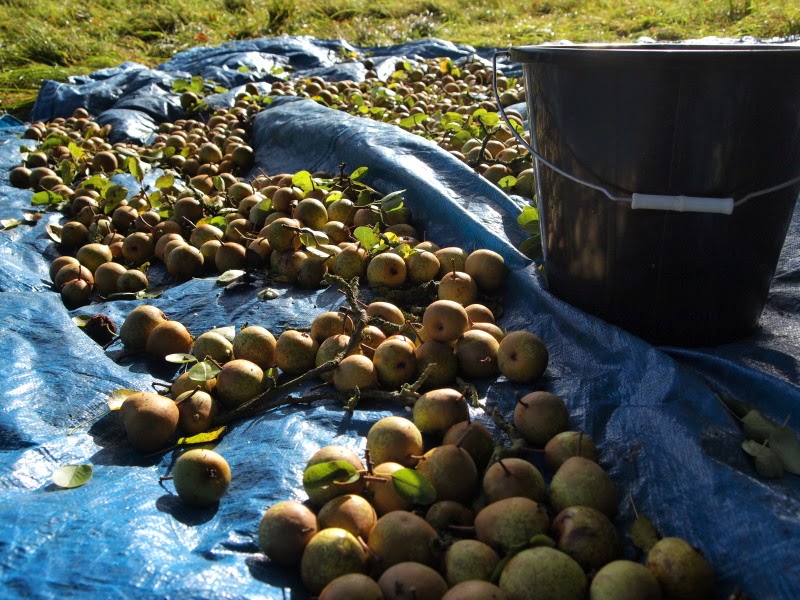 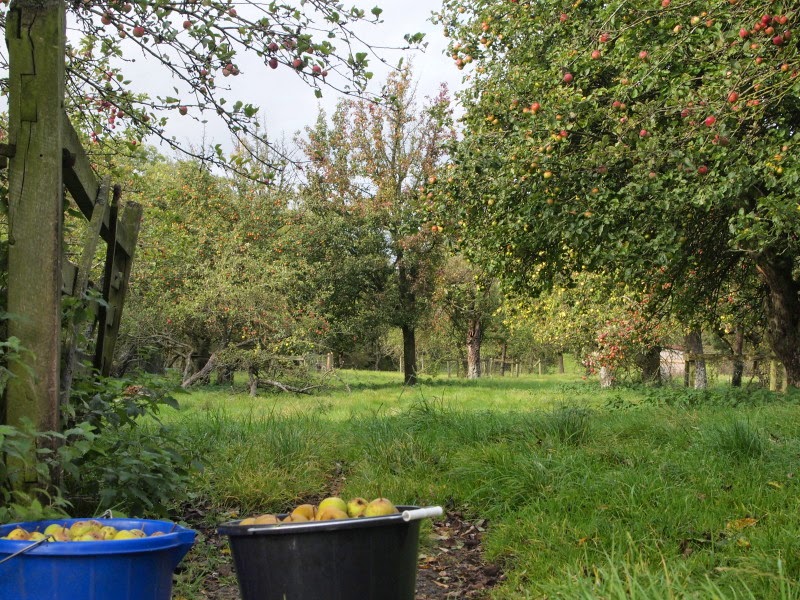 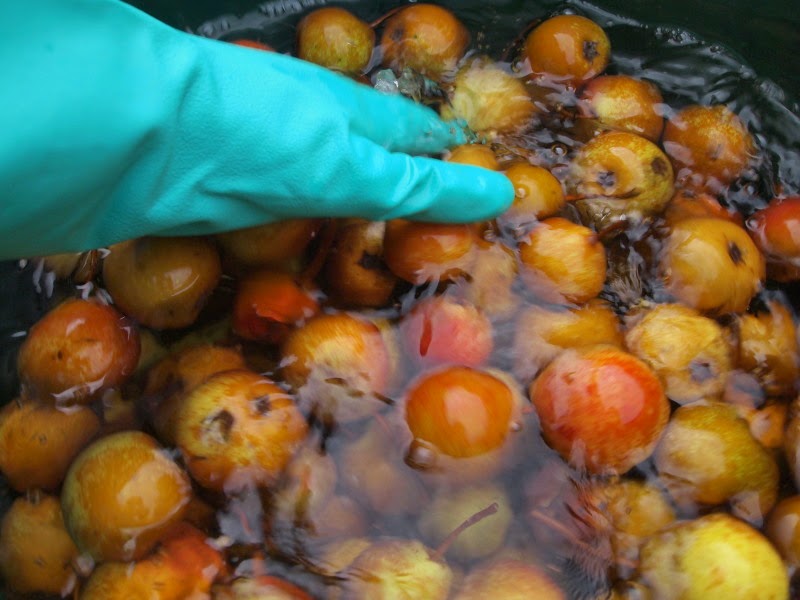 The very latest news from the ciderhouse is that the Yarlington Mill apples are in the process of being picked, and Dabinett (below) are still hanging on the tree. This year, in a break from tradition we will be collecting a tonne of Dabinett from a top cider and perry maker near Leominster. 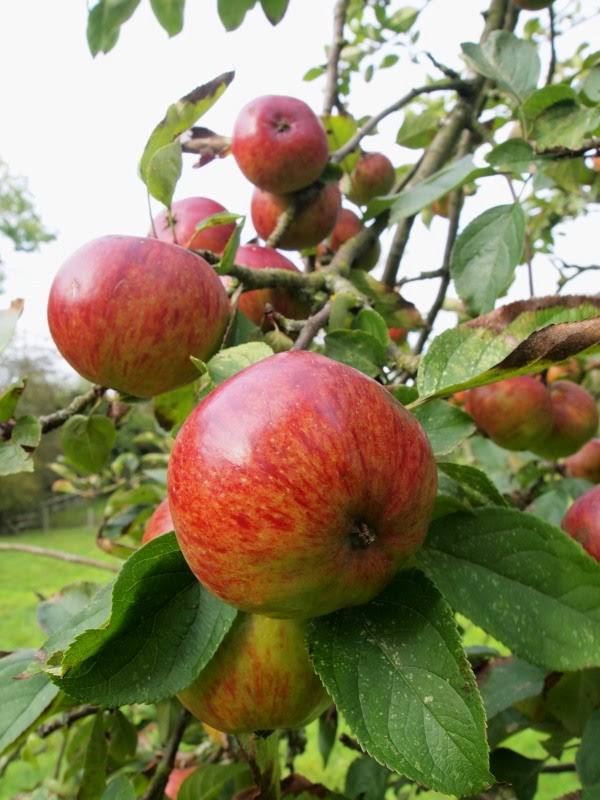